A couple of months ago, a friend of mine mentioned that she was going to be participating in Bradford Literature Festival Comic Con, which was the first time I'd heard that such a thing existed. But I'd been planning to meet up with her for about ten years, so the chance to do it so conveniently wasn't something I wanted to pass up. And, to my surprise, I actually managed it!

The festival stretches over a couple of weeks, but I could only make it down for one day, which was the 1st of July. I hopped on the train, which was completely chocker, making my inability to obtain a cuppa for the journey less of an issue because there's no way I'd have been able to drink one. Never mind, I was alright sat on the floor with my ebook.

I disembarked in Bradford and, thanks to Google Maps, managed to get to the event with minimal hassle. It's my first trip as far as I can remember. I didn't have time to get a great look around, but I quite liked the bits of the city I saw. It wasn't far to walk to the University, where the Comic Con was taking place, along with some of the discussions. Outside the University were handy signs and quite a few volunteers in distinctive shirts who quickly pointed me where I needed to be.

I wandered inside and soon managed to find the hall where the exhibitors were. It's the first year for the Comic Con part of the Festival, so there were only around ten hardy souls, most of them from fairly nearby. 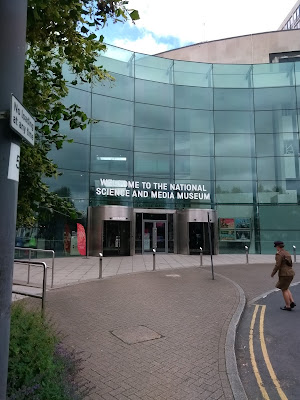 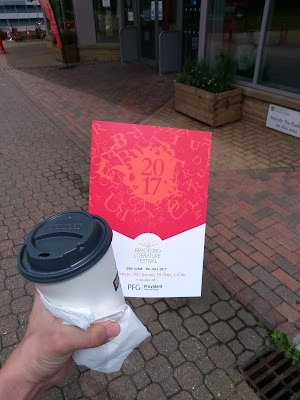 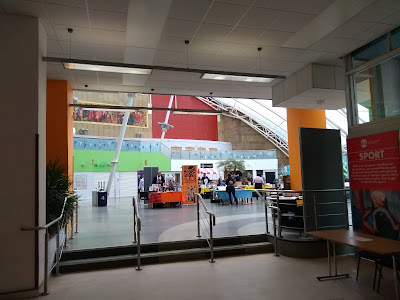 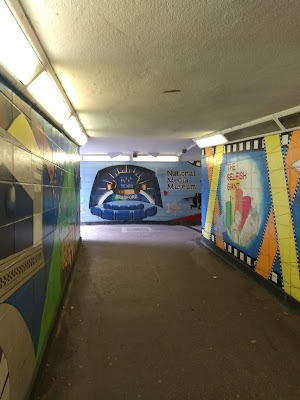 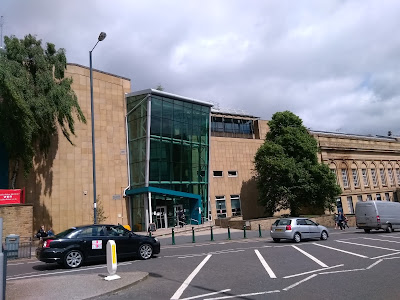 I went round all of the stalls, chatting to most of the artists and finding out a bit about their work. They were very nice and approachable, even the very nervous ones. I grabbed some flyers and things with their information. Primarily, though, I was there to meet Kate, the author of the delightful Widdershins. 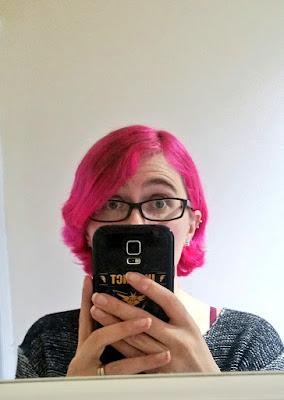 Unfortunately my own photos didn't come out very well for some reason; a few of the more acceptable ones are below. 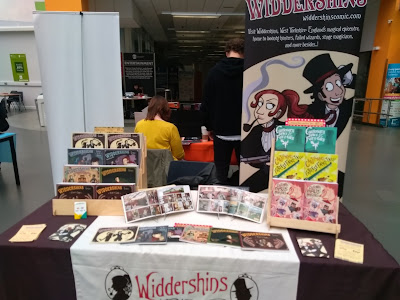 Kate's own stand; Kate not featured. 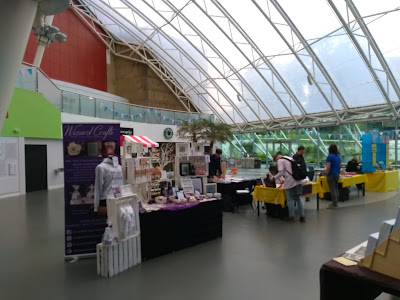 The comics were in what seems to be the canteen; there was plenty of space, although it was warm even in British weather and I suspect it would get pretty noisy with a better crowd. 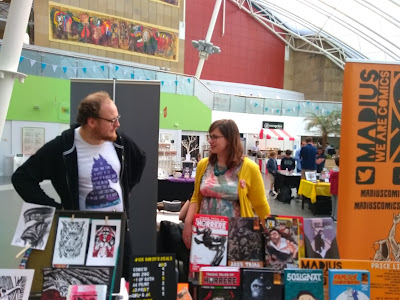 Two members of Madius Comics, a group based around Leeds. They have an impressive array of short, varied comics by various artists. They are also super enthusiastic and friendly. 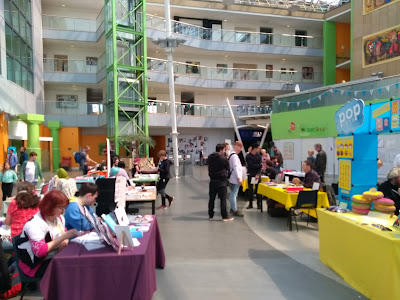 View down the aisles. 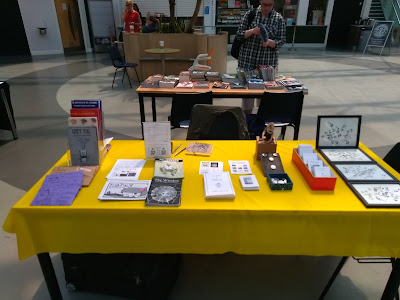 This stall was I think run by Highgreen Dawn, whose work includes Slug Cafe. The author on the stand was lovely, but very shy, so didn't want to be in this picture. 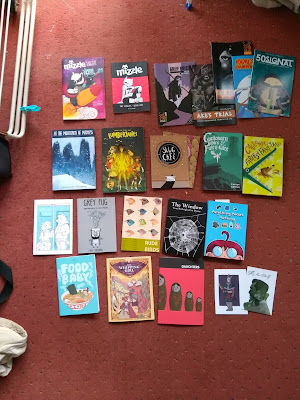 I realise some people may take issue with the amount of comics I bought at this event, but in my defence, there were very few others available and my bags were pretty full.

I also attended a couple of very interesting panels themed around the Thousand and One Nights, which I'll discuss later.

Kate was kind enough to give a short interview about her work, which you can now find on Archive.org - it's raw, unedited audio because honestly there didn't seem much wrong with it. Sorry about the background noise, but we were recording in the hall itself and my recorder isn't particularly discriminating. I was hoping to perhaps do some more interviews, but the timing didn't work out.

Friendship aside, Kate is an honestly lovely person, an entertaining and compelling storyteller, and an evocative artist who now draws for The Phoenix amongst an array of other projects, including editing the highly popular Cautionary Fables and Fairytales series with Kel McDonald.

For anyone interested in adventure stories and non-cringeworthy Victorian-era magic that isn't set in London for a change, I highly recommend you check out Widdershins. I definitely plan to take a stab at an RPG version one day.

Quiet as the comics side was, I had a good time browsing (and buying) the offerings, chatting with a lot of lovely artists, and attending sessions. 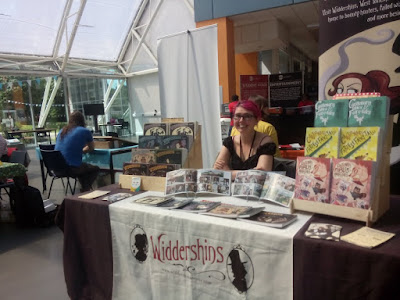 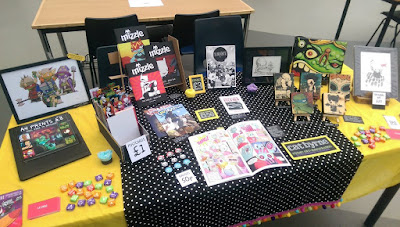 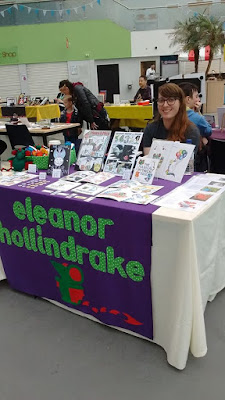 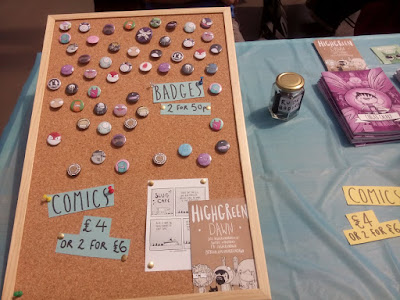 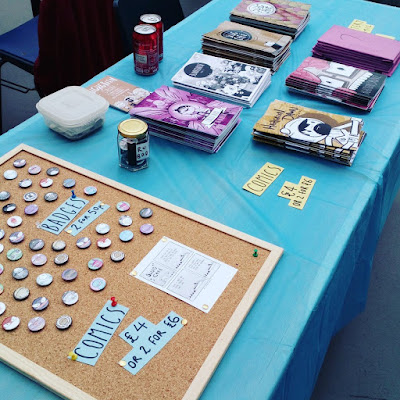 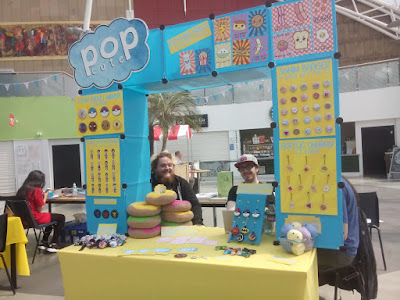 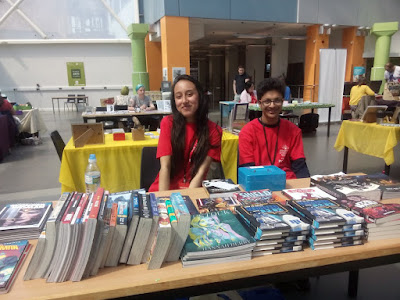